Twenty years ago a 5-year-old boy stayed in our Oregon home in order to undergo lifesaving heart surgery.  He had traveled from Cali, Colombia.

Christián and his mother were waiting for us with a welcome sign, bouquet of flowers, smiles, hugs and kisses when we finally arrived by bus.

During a visit to Christian’s home he showed us the scrapbook of photos I had put together for him twenty years earlier.  I was embarrassed by what I had so hastily assembled from materials I had on hand – but it’s one of his most cherished possessions!

One page from the pitiful scrapbook I assembled for Christian. No pretty scrapbook pages back then! These are the photos he used to identify us 20 years later!

His mother told us how he had earnestly searched for us on Facebook.  His father told us he entered our names and looked intently at each photo to see if it could possibly be the face of the people he knew twenty years earlier.  The faces of a 4 and 7-year-old change plenty in twenty years, one had married and had a new last name, and we were no longer living in Oregon either. When he thought he located us he sent friend requests on Facebook Messenger and waited anxiously to hear back.  Those messages were hidden from us for some reason. Eventually we discovered his requests and reconnected. He was so excited to hear we were coming to Colombia.
In Cali we had a great time together. They planned lots of sightseeing activities. We met Christian’s younger half brothers, mother, father, grandfather, and cousins, aunts and uncles. We learned that Christian’s deafness and heart condition are due to his mother contracting Rubella during her pregnancy and that he had his first heart surgery when only 8 months old. In total he has had 6 heart surgeries and is in need of another delicate operation.

Five of us in a taxi usually meant four in the back seat!

A day trip to the Rio Pance waterfall where we swam and Christian treated us to lunch.

A drive to Km 18 where the cooler temperature is a shock from the humid Cali heat, but is more similar to Portlands’s temperature and climate.

At Km 18 we drink aguapanela with cheese – a typical Colombian hot beverage.

At Hacienda El Paraiso, the home of Colombia’s poet and author Jorge Isaacs. 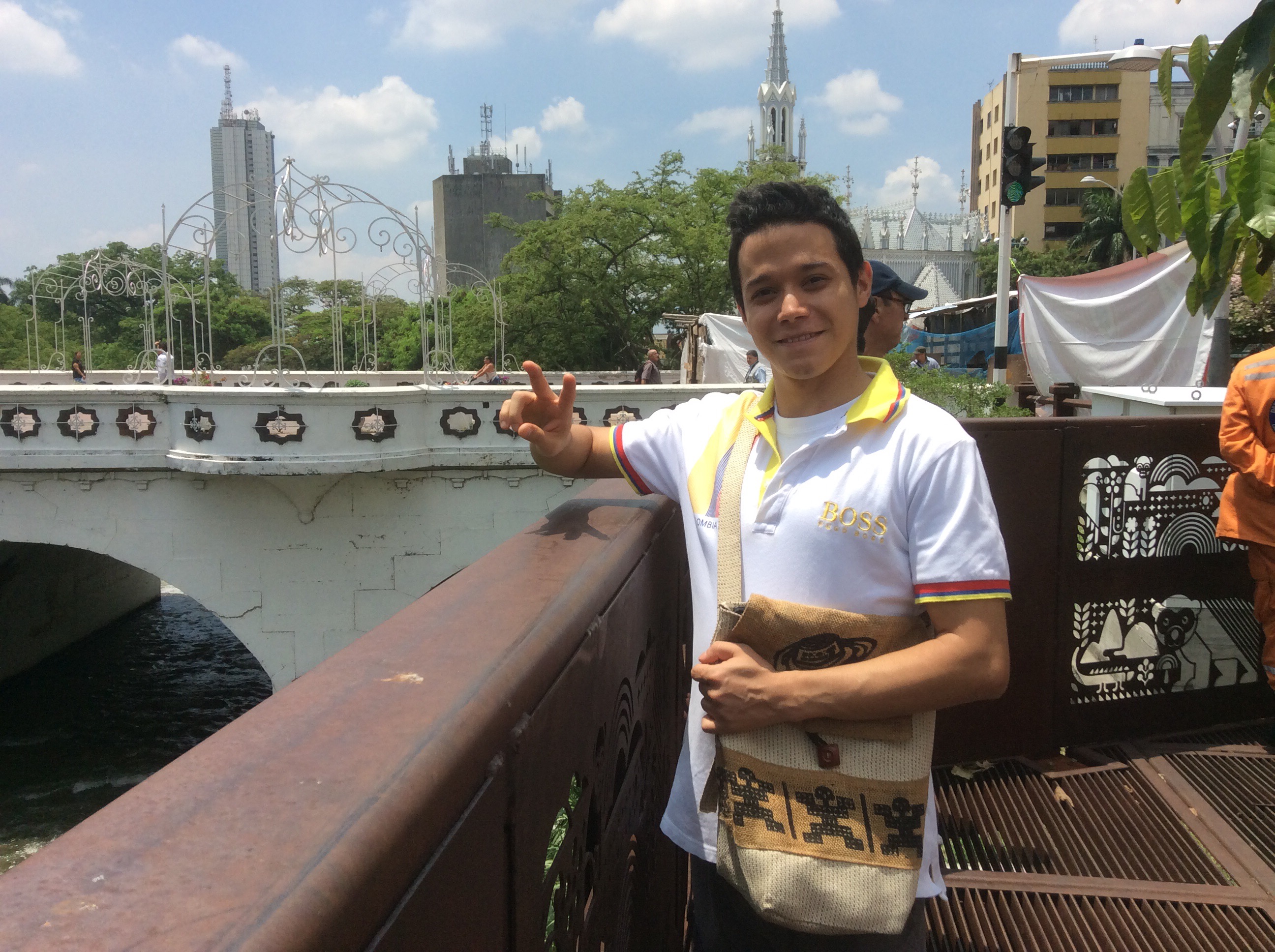 Christian planned all the sightseeing activities he wanted to share with us. 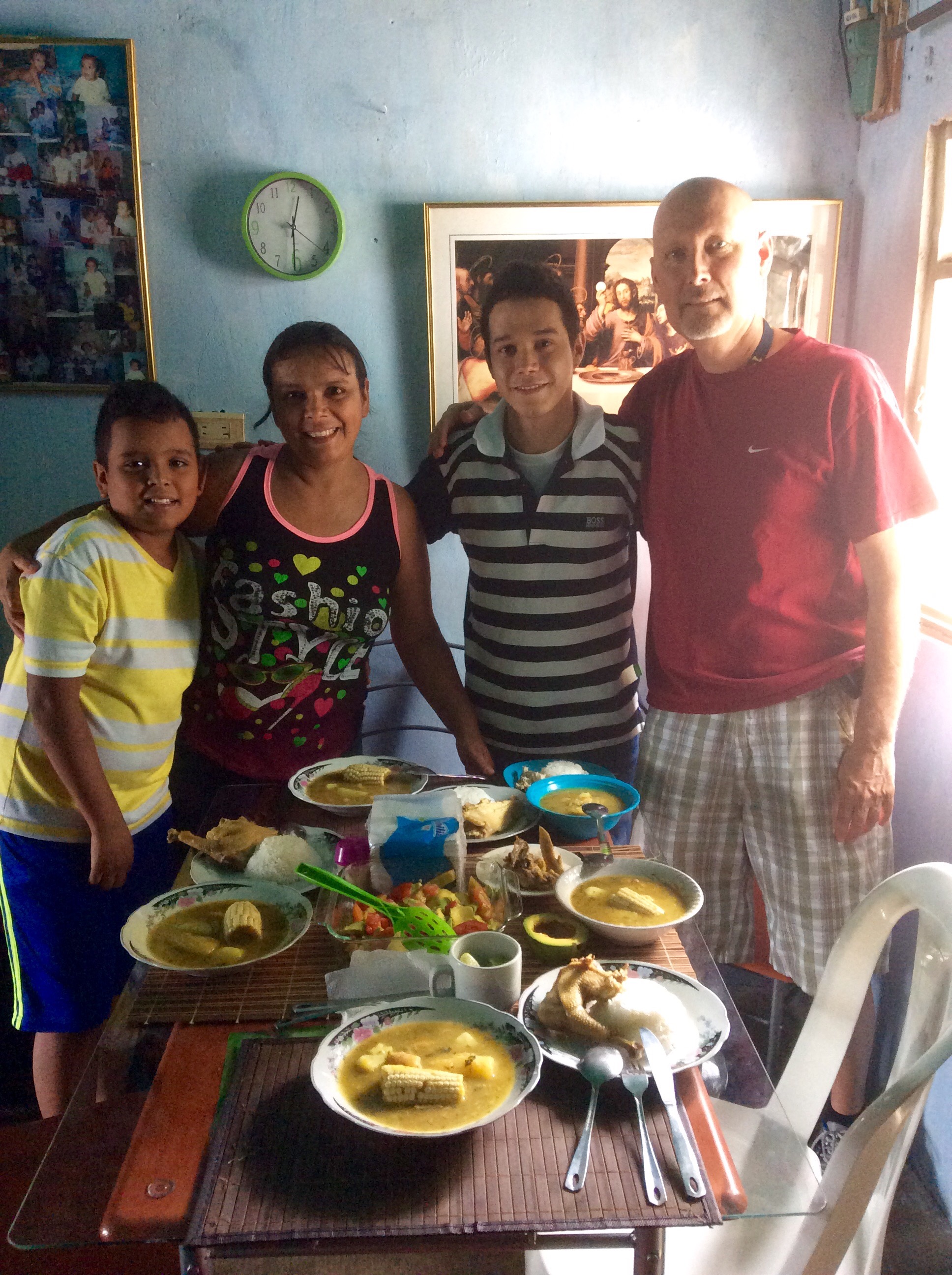 We were invited to the home Christian shares with his mother Rosario and brother Diego and served Sancocho de Gallina, another local specialty!

I am amazed by the chain of events initiated by this simple act from twenty years ago.  A young single-income family unable to make financial donations to the the charity Healing the Children instead took classes to become state-certified foster parents in order to provide alternative support by opening their homes. A single mother sends her only son to strangers thousands of miles away for life saving surgery.  The 5-year-old survives the operation, returns to his South American home, but never forgets that family!
From the heart that is “damaged” flows true love for us. When it is time to say our goodbyes we realize that the ties that bind us together are stronger than before.  We have truly been adopted and as we depart Colombia realize that we are leaving behind a part of our heart.

9 responses to “About a Heart”