It started simply enough with a library book. But that little book led me down a rabbit hole on to an amazing journey – all of it in my own city!

I picked up Walking with Ramona: Exploring Beverly Cleary’s Portland by Laura O. Foster from the local library.

Beverly Bunn (Cleary) was born in 1916 in McMinnville, Oregon and lived on the Yamhill family farm until she was six years old and her family moved to Portland. She was an only child. After college she became a librarian and then married Clarence Cleary.

Many of the incidents in Beverly Cleary’s books are from her childhood when she lived on Hancock Street. In her books she has Ramona and Beezus living on Klickitat Street because she liked the sound of nearby Klickitat Street better.

Beverly Cleary began writing Henry Huggins, her first children’s book in 1948. Her characters – Henry, Scooter, Beezus, Ramona, Howie and many more – have delighted generations of children and adults as well. She has received many literary awards.

After reading Walking with Ramona, I decided to read Beverly Cleary’s Ramona series which I had read when I was younger. It felt like I was getting reacquainted with both old friends and memories from my elementary school days.

One beautiful autumn day I took the next plungeI drove to Grant Park and followed the book’s walking tour through the Hollywood neighborhood and past two homes where Beverly once lived. one on Hancock Street. (As a girl I also lived on Hancock Street, although a lot further east.)

The Ramona Quimby character became a favorite with many readers. She was a character that shared many of the author’s own personal traits and behaviors. No one who reads Ramona the Pest forgets the rain boots story!

The first stop on the tour was The Beverly Cleary Sculpture Garden and Fountain in Grant Park. The sculptures are the work of Portland artist Lee Hunt and were dedicated in 1995. 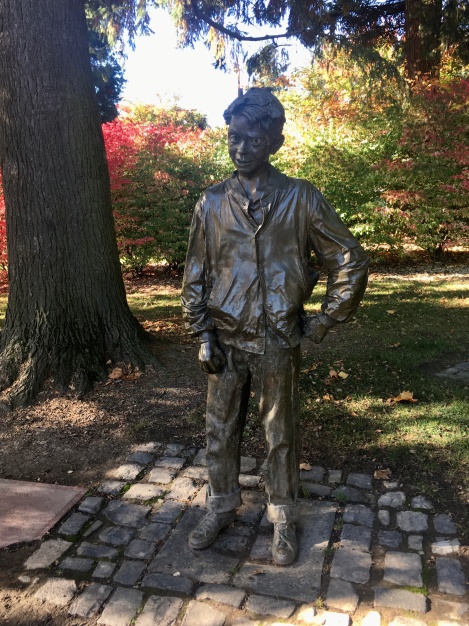 The first literary character that Beverly Cleary created was Henry Huggins, a resourceful young boy with a dog named Ribsy.

Beverly attended Fernwood Grammar School which was originally constructed in 1911 and is today named Beverly Cleary School – Fernwood Campus. In her books she called the school Glenwood.

When children ask Mrs.Cleary where she gets her ideas she replies, “From my own experience and from the world around me.”

After walking the neighborhood with the booklet in my hand I was so intrigued that I had to read Beverly Cleary’s two autobiographies: A Girl From Yamhill and My Own Two Feet. Both were very interesting and easy to read. 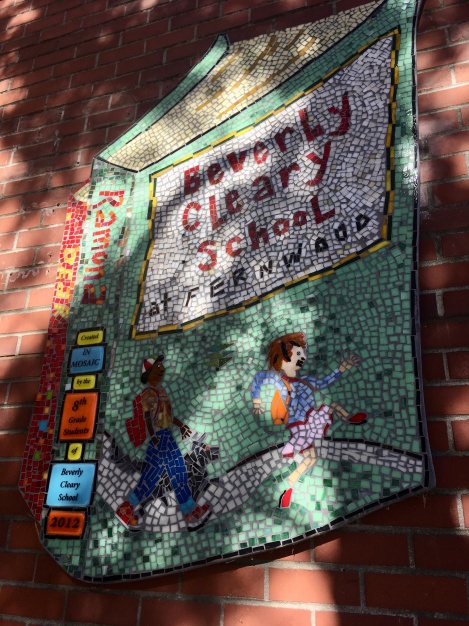 Deeper down the Rabbit Hole

After reading Beverly Cleary’s two autobiographies I was totally hooked. I went on to read the Henry Huggins series and many of her other books. The three Ralph S. Mouse books are standing by and I have no doubt I will soon have read everything Beverly Cleary published.

I already look forward to the day I can introduce my granddaughters to Ramona and the other characters and together take the Walking With Ramona: Exploring Beverly Cleary’s Neighborhood tour.

“If you’re a Portlander, her books are a treasure trove full of familiar places.” – Laura O. Foster

A list of the Portland and/or Oregon based books written by Beverly Cleary:

Henry and the Paper Route

Henry and the Clubhouse

Ramona and her Father

Ramona and her Mother

This quote from A Girl From Yamhill caught my attention. I love this line because in Portland we still talk that way about our mountains: Mount Hood and Mount St. Helens.

“From my seat by the window I could see Mt. Hood, which was out on that sunny June day. (In Portland we talked about Mt Hood as being “out” on clear days, as if it had popped out of the ground as a gopher.)” A Girl From Yamhill by Beverly Cleary. 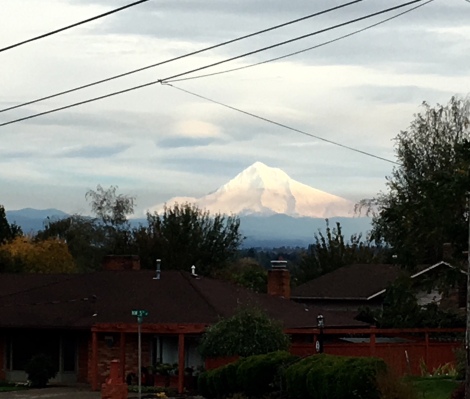 The mountain is out today!

This Rabbit Hole experience was literary, historical and exploratory – an equation which, in my opinion, sums up the perfect travel experience.

Has a book or film ever triggered a desire in you to travel or read? If so I’d love for you to tell me about it in the comments section below.

Beverly Cleary frequently mentions the weather and says her favorite writing days are when the rain is beating on the windows. They make perfect days for reading as well!

Rain is in the forecast. Gather some good books. Begin a journey.

I don’t generally read children’s literature for pleasure, but because of our future travel to Germany and Poland I have been reading so many books about Protestant Reformation martyrs, World Wars, The Holocaust, and The Cold War. This “rabbit hole” experience was a sweet reprieve from those sombre subjects.

Thanks for reading. Until next time…Happy (armchair) Travels!