The distinctive green peaks of Machu Picchu may be the most identifiable landscape in the world and have become the iconic image of South America.

Special thanks to Steve Mixer for sharing this great photo!

The” Lost Civilization of the Incas.”  Evocative! Mysterious! Magnificent!

I’ve wanted to see it ever since my parents visited (without my sister and me) in the 1960’s.

Winding through a river valley the hills become green and the forest semi-tropical. A huge change from the arid, brown, dusty landscapes so common in Peru’s winter may be what makes it seem so magical and mysterious.

The roofs would’ve been thatch.

Most archaeologists believe that Machu Picchu was built as an royal summer estate for the Inca emperor Pachacuti (1438–1472). Often mistakenly referred to as the “Lost City of the Incas” it is the most familiar icon of Inca civilization. Although known locally, it was not known to the Spanish during the colonial period and remained unknown to the outside world until American historian Hiram Bingham brought it to international attention in 1911.   -Wikipedia

The Incas most likely cut a flat area atop the rock in order to accommodate their city. 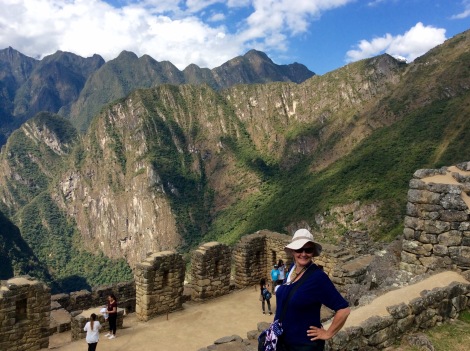 This is one of the places where words don’t do it justice; you have to experience it for yourself! 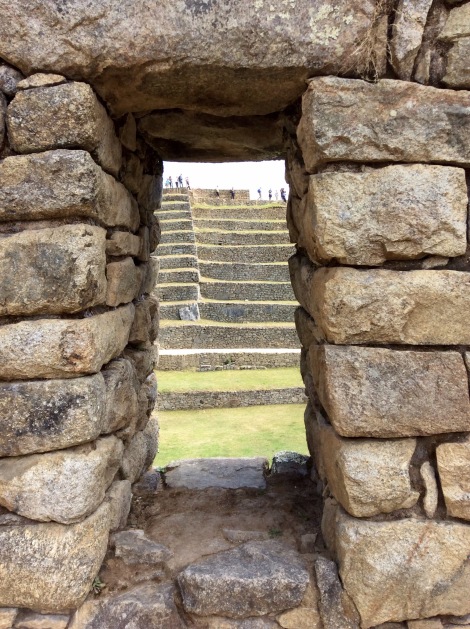 From a lower terrace looking up the stone walls many terraces to the Guard House. 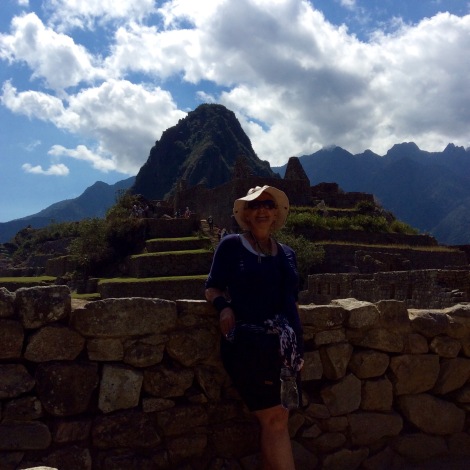 I just wanted to stop and take in the vistas of the surrounding green mountains and soak up this most famous of sites.

Next time, Meet You in the Morning with The Ins & Outs of our Machu Picchu visit.