From minarets in every direction the wailing call to prayer is broadcast five times daily while sidewalk hawkers call out their wares and seagulls squawk noisily overhead.

Pungent spices perfume the air and the aroma of juicy roasting meat causes the mouth to salivate and stomach to rumble with hunger.

Kaleidoscopic displays of colorful teas, fruits, herbs and spices, soaps, jewelry, carpets and cushions cause the bobble-head effect:  left and right, up and down.

A myriad of delicacies from baklava dripping in honey and 1001 flavors of Turkish Delight to sesame-seeded breads and freshly squeezed pomegranite juice tempt and tease.

Welcome to Istanbul – a delight to the senses!

Although impossible to capture the sensations, sounds and smells in a picture, I invite you on a photo journey of things to do in Istanbul. Here are the top 10 sights to satisfy your wanderlust and make your Dream Trip a reality.

#1) The Spice Market and Grand Bazaar

It was like being a child in a candy store. I was tempted to take handfuls of the nuts, dried fruits and Turkish delight and stuff them in my mouth!

Istanbul straddles two continents and was the former capital of both the Byzantine and Ottoman empires.

The Bosphorus Straight is the waterway between the Black Sea and the Marmara Sea and divides the continent of Europe from Asia. 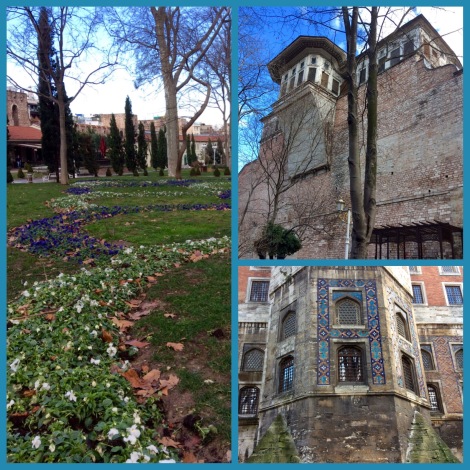 Gulane Park formerly was the royal parkland surrounding the opulent Topkaki Palace home to the sultans from shortly after the Conquest in 1453 until the 19th century. This place will have you humming songs from Disney’s Aladdin. 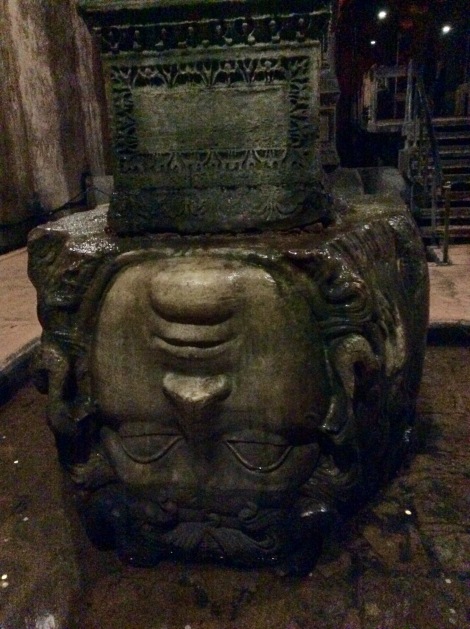 No one knows why this column footing of an upside-down Medusa head was installed in the cistern.

#5) The Sultan Ahmet Mosque aka ‘The Blue Mosque’ 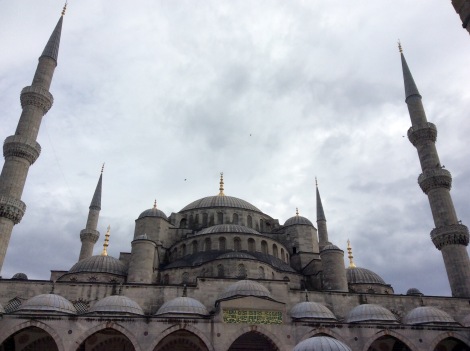 Inside the mosque light streaming through 260 windows illuminates the blue Iznak tiles giving it the nickname “the Blue Mosque.” 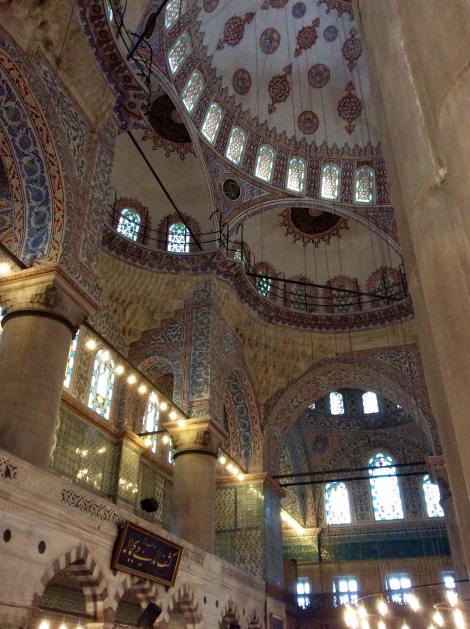 The Hagia Sophia – or Church of Holy Wisdom completed in AD 537 reigned as the grandest church in Christendom until Constantinople fell to the Turks in 1453. 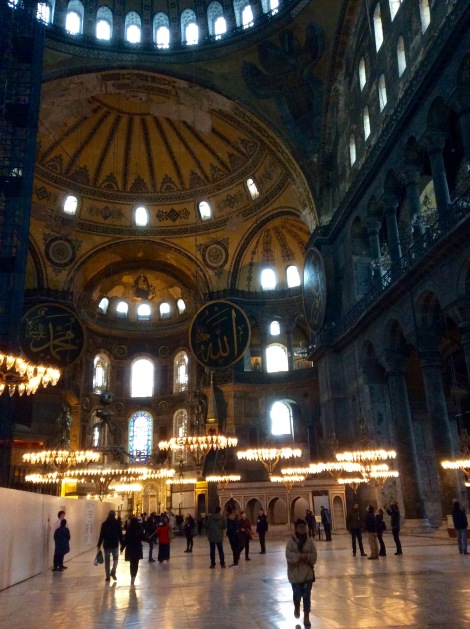 A dome floats high above the floor of the church.The Hagia Sofia’s glittering mosaics and frescoes were so beautiful that they were not destroyed when the victorious Mehmet the Conqueror converted it into a mosque. 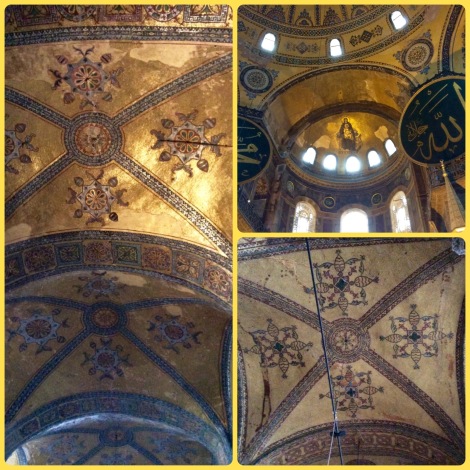 Ataturk declared the Hagia Sofia a museum in 1935.

Looking down from the balcony, the Islamic additions are visible alongside original mosaics of seraphim and Mary.

The city is settled over several hills and the mix of architectural styles is surprising. 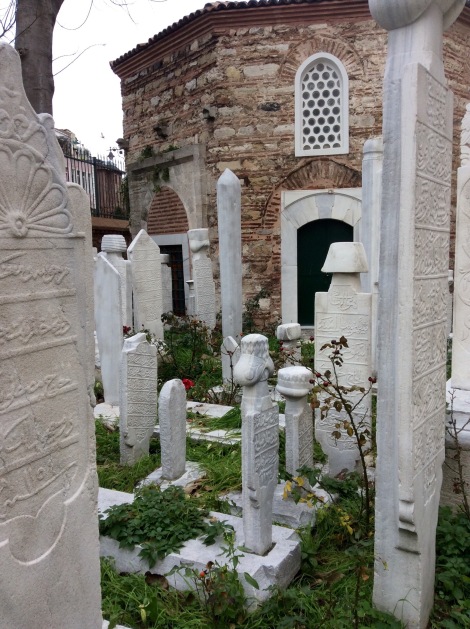 The mosques are open for viewing between prayer times. It is required to remove shoes and for women to wear a head covering. 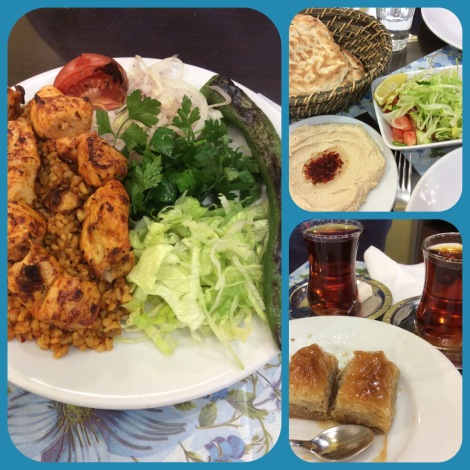 Having troubles purchasing a metro ticket, a nice young lady helped us and went out of her way to deliver us where we needed to go.

In Istanbul, strangers smiled. Vendors were friendly. Men would mosey up alongside us and welcome us to Istanbul, asking where we are from and just want to talk. They were knowledgeable of our cities and sports teams! Finally we would be asked to come see their store.

Was it all an act?

It begs the question:  Does anyone ever enter a carpet store of their own free will to buy a Turkish carpet?

This cat was in a store window. One of its siblings was lying in a scarf bin.

The shoe repair business set up on the sidewalk.

Stay tuned to see photos from our 2-week stay in Israel, my third visit to the Holy Land.

Did you know that Meet You in the Morning is coming to you today from South-East Asia?  Yes, this is a first for us. We are living it up in Chiang Mai,Thailand and enjoying a truly “budget” destination.

One response to “Istanbul – A Turkish Delight to the Senses”