Buon Natale from Lecce, Italy!
Lecce, Italy? Never heard of it! How did you end up there?

1) We wanted to spend the month of December in a place where Christmas is celebrated.

2) We wanted to be somewhere warm (Lecce is pretty far south.)

3) Let’s not kid ourselves, we came to Italy for the food.

Italy! Home of gelato and pizza. I pretty much want gelato every day in order to sample all the flavors!

Puglia in Southern Italy is the number 1 domestic tourist destination. The destination you have never heard of is Italia’s best kept secret.

Yes, there are miles of coastline beaches, but it’s peasant food – cucina provera is legendary.

Two local specialties look very plain, even unappetizing, but were instant hits as soon as I tasted them. Pictured above is the Pasticciotto, a sweet lemony custard filed pastry. Pictured below is Il Rustico, a savory crusty creamy mozzerella cheese and tomato filled pastry.

Lecce is famous for its simple food: pasta, vegetables and legumes grown in the region and eaten in season. The local pasta specialty is orecchiette, the ear-shaped pasta pictured below, made from durum wheat flour and water (no eggs). 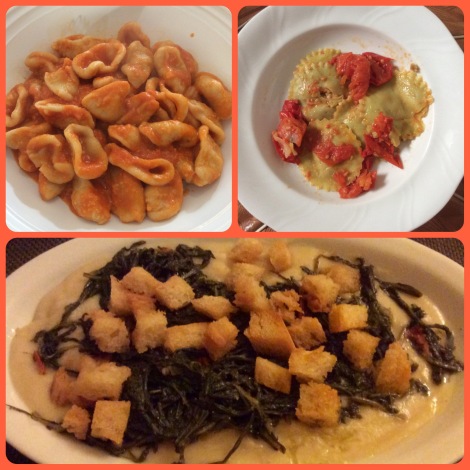 The orecchiette (top left) and the ravioli (top right) are two of the many dishes we have purchased from one of the places that sells food for takeaway. I prefer it over dining at a restaurant because we get to see the food first. Another local specialty is the purée of fava beans with cooked chicory and toasted croutons (lower photo.)

Another dish you won’t find anywhere but in Puglia is the ciceri e tria (pasta with chickpeas pictured above). We were very honored to be invited to the home of Valentina and Gianfranco, (the couple that manages our AirBnB rental) for this homemade specialty. She gave us the best meal of antipasti, pasta, meatballs and polenta with mushrooms, topped with fresh fruit, chicory and dolci. 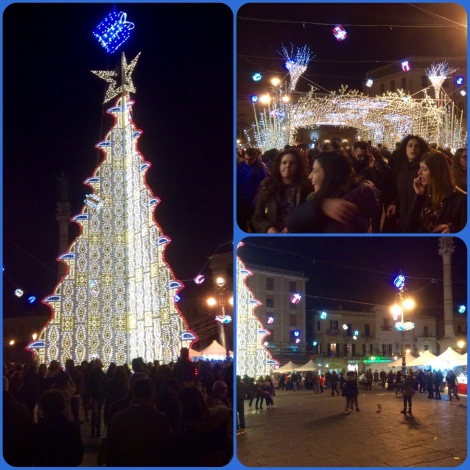 A Christmas market in Lecce.

Lecce is sometimes called The Florence of the South due to its large concentration of beautiful baroque buildings. Lecce has more than 40 churches and at least that many palazzi all built in the 17th and 18th centuries. 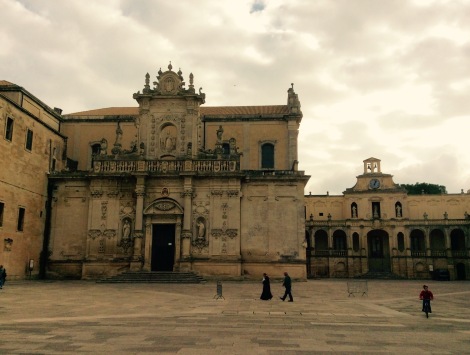 The fanciful baroque facades are carved from the soft yellow local limestone. 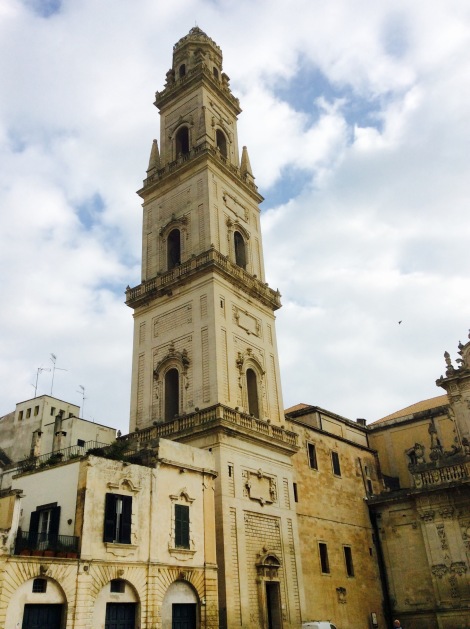 Lecce is known for its artisans specializing in papier-mâché (cartapesto) creations. 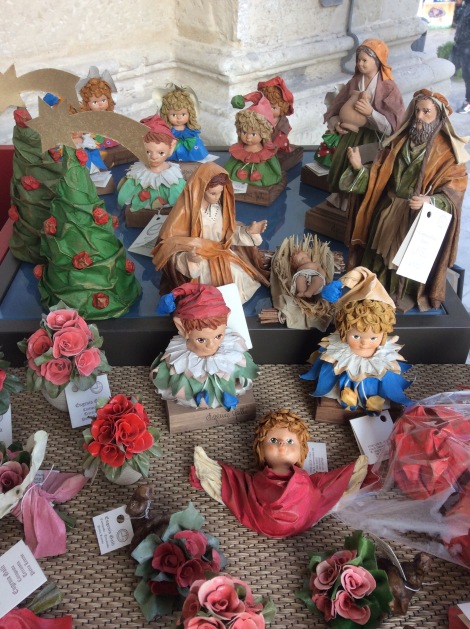 These are papier mache. Every home has a nativity creche, called a presepe.

They are not limited to Mary, Joseph, Baby Jesus, wisemen and shepherds, but contain an entire village.

In 1901 construction workers discovered a 3rd-century Roman amphitheater under the main piazza. When it was excavated in the 1930s they found a perfect horseshoe shaped amphitheater with seating for 15000. A smaller Roman theatre with well preserved frescos and mosaics was also discovered in the 1930s. 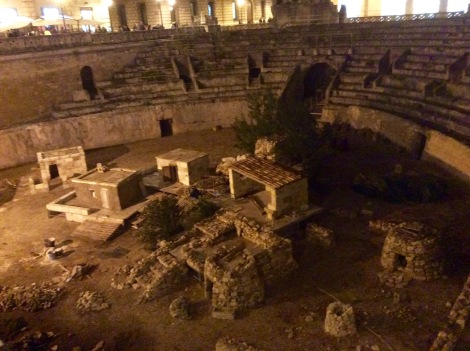 One day a load of stone was delivered to the Roman Amphitheater in Piazza San Oronzo. We watched as artists began to recreate the Little Town of Bethlehem. 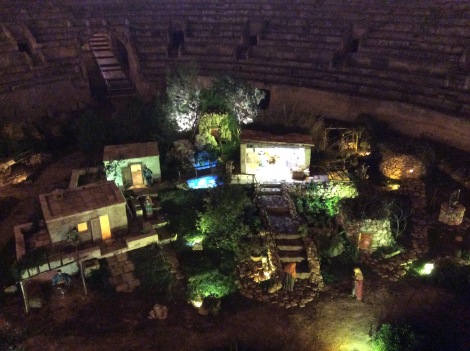 When it was complete it had a waterfall, grass, orchard, and several houses.

See the live cat asleep on the hay? 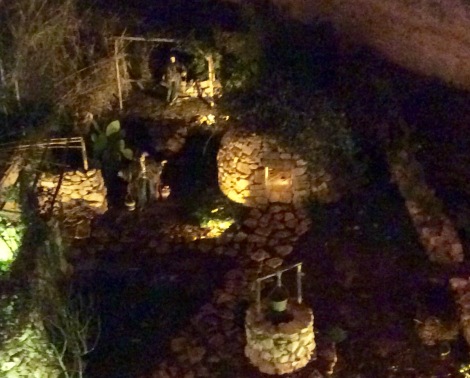 Next week when we Meet You in the Morning we will go sightseeing around the Salento in our Fiat 500.

Wishing you all a very Merry Christmas! Buon Natale!

2 responses to “It’s Beginning to Look a Lot Like Christmas!”